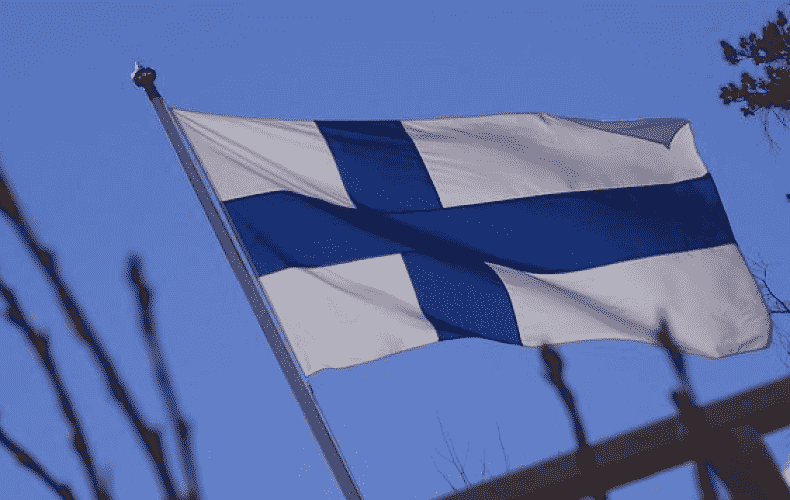 Finnish President Sauli NiinistÃ¶ assumes that his country will join NATO. Speaking to German journalists a day before German President Frank-Walter Steinmeier's visit to Helsinki on Friday to discuss the current situation caused by the Ukraine war, he said, "Things have changed, according to recent polls, more than 60 percent of Finns are in favor of joining NATO."

That would be a change of course in the country's policy. NiinistÃ¶ expects that NATO will very quickly determine that his country meets all the criteria for admission: "We are a close partner of NATO, so it is known what we can do." He also said he was completely surprised by Russia's invasion of Ukraine, even though the U.S. and Britain had warned about it much earlier.

Nevertheless, he admitted that if one had listened closely to Putin's speeches, it would have been noticeable that the Russian president's tone toward the West had become increasingly stricter in recent years. Frustration, if not hatred, had spoken from it. Most recently, there had been blatant talk of a war against the West.

As early as a speech in the mid-2010s, Putin had castigated Western lifestyles as hedonistic and degenerate and predicted that victory over the West would be made easy by the individualism and consequently the weakness of Westerners. "It has since been shown how wrong Putin was about that," NiinistÃ¶ said. Above all, the change in the attitude of the Federal Republic on the issue of arms deliveries was an important signal, the president explained.

"If you ask about the readiness to defend one's own country, 70 percent of Finns declare they are ready to do so," NiinistÃ¶ said. Finland shares a more than 1300-kilometer border with Russia. The president, in office since 2012, pointed out that 300,000 men and some women were trained as reservists and could be armed immediately. "That's more than in Germany, while we are 15 times smaller."

Finland has compulsory military service to this day. Just the previous week, Finland announced the purchase of 64 F-35-A multirole fighter jets, which was made back in December. "This describes our position," NiinistÃ¶ said. He referred to the 1939-40 Winter War following a Red Army attack that ended with a peace treaty but meant Finland lost 10 percent of its land. "We have never forgotten that," the president said.

The current threat situation has now led to Finland's readiness to join NATO, even without Sweden, which is also considering membership. After Easter, a so-called white paper with all the advantages and disadvantages will be presented to parliament as a basis for the decision. "In the process, the MPs will also receive information from our armed forces and border guards, which is not public. But they should be told what we can imagine as a Russian response."

For Finland, he said, joining NATO represents "a great historic decision." Once it is made, he said, there is no turning back. "We are not neutral, we are not non-aligned," NiinstÃ¶ said. Finland, an EU member since 1995, is only "militarily non-aligned," he said.

NiinistÃ¶ was well aware of a risk in the potentially several-month period between the application and a final admission to the defense alliance. Nato would therefore decide quickly, the Finnish president expressed his conviction and at the same time emphasized: "Not only Finland, but all of us are in danger in the event of an escalation.

Finland is currently home to a large number of Russians. NiinistÃ¶ named 70,000 Russian-speaking citizens in the country. He could not give exact figures on the number of refugees from Ukraine, but referred to regular seasonal workers arriving in recent years and family ties. Ukrainians entering the country have to register after a three-month period. There are already 11,000 applications. The Interior Ministry expects 40,000 to 80,000 refugees in total this year.

The last official talks with Russian representatives were a month ago for Finland. Nevertheless, the country keeps channels open and still has its ambassador in Moscow as well as the Russian ambassador still residing in Helsinki.

When President Steinmeier meets Sauli NiinistÃ¶ in Helsinki today, Friday, the Russian war of aggression will be their main topic of conversation. Just a short time after the two heads of state meet, a third will join them, albeit only digitally: Volodymyr Selensky will address the Finnish parliament at noon via broadcast. His speech is likely to lend further urgency to the meeting between NiinistÃ¶ and Steinmeier.