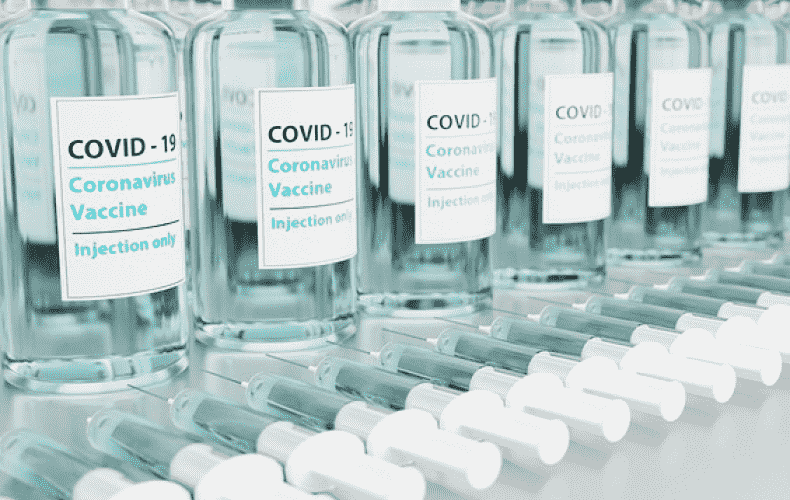 In Germany, there is currently a vaccination backlog, many people who have been vaccinated refuse an offer of vaccination with the Astrazenca vaccine due to EUÂ scaremomgering. In the coming week, even more vaccine from the British manufacturer Astrazeneca should be available. But how is the problem of the vaccine backlog to be solved? The Federal Government rejects the reproaches, it would be inoculated too little. Can everyone in Germany soon be offered vaccination?

As early as next week, plenty of vaccine will be available in Germany. At the same time, far too little vaccine is currently being given - but not because there is too little Corona vaccine available. The Astrazeneca vaccine in particular is currently sitting unused in refrigerators. The reason for this is the heated debate surrounding Astrazeneca's Corona vaccine regarding its effectiveness and also its side effects. In the meantime, there is great skepticism about the vaccine, despite evidence to the contrary.

With more than one million doses of Astrazeneca vaccine expected to be delivered by the end of the week, the vaccination backlog in the German states could increase again. As of Feb. 28, 2021, 8.8 million doses of vaccine have been delivered to the German states by BionTech/Pfizer, Astrazeneca and Moderna. According to the German Federal Ministry of Health, a total of 6,394,364 Corona vaccinations have been administered in Germany since vaccination started in late December 2020 (as of March 2). 2,159,412 people have already received a second vaccination.

Nearly 1.1 million doses of Astrazeneca's Corona vaccine are to be delivered by Thursday, according to Deutsche Presse-Agentur (dpa). That brings the total delivered to nearly 3.2 million, according to figures from the health ministry. The German government on Monday rejected accusations that the vaccine was simply lying unused. There could be different reasons why the Astrazeneca vaccine has not yet been administered, government spokesman Steffen Seibert said in Berlin.

For example, the vaccine could be relatively freshly delivered, held back for a second vaccination, or not yet vaccinated but intended for certain vaccinations. Last weekend, about 91,000 people in Germany were vaccinated with the drug from Astrazeneca. If the pace continues, nearly two million doses could initially remain unused by the end of the week.

The German government currently refuses to release the Astrazeneca vaccine for people outside the first two priority groups. Baden-WÃ¼rttemberg has already adjusted the vaccination sequence* and given higher priority to certain groups of people to avoid a vaccination backlog and speed up the vaccination process.

Bavaria's Minister President Markus SÃ¶der (CSU) had also recently brought up the idea of less rigid prioritization for Astrazeneca in order to reduce the backlog as quickly as possible. In addition, he suggested on Monday to let family doctors, company doctors or school doctors also vaccinate, away from the vaccination centers. The head of the Permanent Vaccination Commission of the Robert Koch Institute, Thomas Merten, has already voiced criticism in this regard.

Opinions on the subject of relaxing the priority groups are currently far apart. "Astrazeneca's vaccination backlog can be cleared immediately," said Eugen Brysch, chairman of the German Patient Protection Foundation, thus criticizing the German government. There are about six million caregivers waiting for their vaccine supply, he said. "But so far nothing is happening here."

Then, by the end of the summer, 34.7 million doses from Biontech/Pfizer, 26.7 million doses of vaccine from Moderna, and 33.8 million doses from Astrazeneca are expected to be delivered within another three months through September. In other words, another 95.2 million vaccine doses. This means that by the end of September, it would be possible to offer every German a vaccination. Provided that the supply contracts can be kept. But in principle, the prospect of sufficient vaccine looks good. In addition, the first vaccine doses from Curevac, which have not even been included in these calculations, could also be available soon.

Image by torstensimon from Pixabay