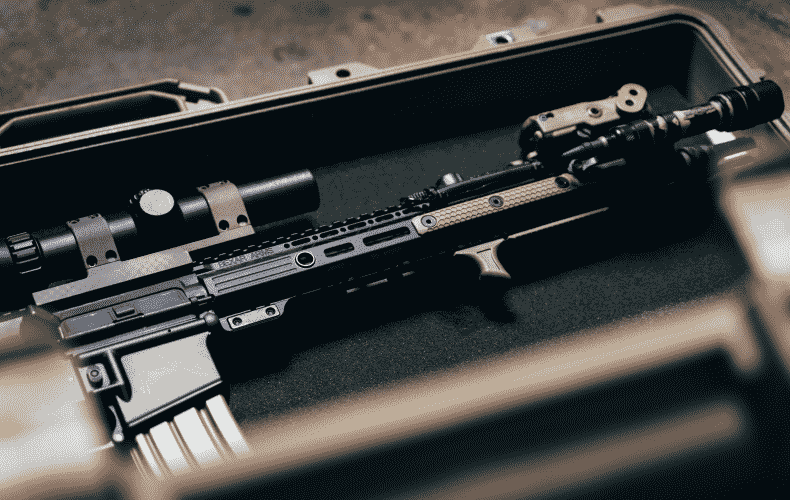 The number of guns in private hands in the U.S. has increased sramatically over the past 20 years, according to a government report. According to the Justice Department report released Tuesday, U.S. gun manufacturers alone produced more than 139 million firearms for the commercial market between 2000 and 2020. That's in addition to 71 million imported guns. That compares with only 7.5 million exports. Meanwhile, the government is concerned about unregistered "ghost guns."

U.S. gun buyers prefer semi-automatic assault rifles, according to the report, but the increasingly cheap, easy-to-use nine-millimeter semi-automatic pistols are growing in popularity. In addition, there are more and more homemade guns with parts from the Internet or 3D printers. The investigation is intended to help the U.S. government identify the "leading causes of gun violence" and "get shooters off the streets," said Deputy Attorney General Lisa Monaco.

Last week, the CDC health agency had only declared that the number of firearm deaths in the United States had experienced a "historic" increase in 2020. According to the report, the U.S. recorded 19,350 homicides involving firearms - a third more than in 2019, and there were also 24,245 suicides involving firearms. Most recently, a total of 11 people were killed by gunfire in Buffalo and Laguna Woods, California. In both cases, police believe the perpetrator was racially or politically motivated.

The firearms industry has developed rapidly. In 2000, there were 2,222 registered active manufacturers in the United States. By 2020, there were nearly 17,000. Annual production increased from 3.9 million to 11.3 million. Firearms from official manufacturers must be serial numbered so they can be traced by law enforcement.

Officials, however, are increasingly concerned about homemade "ghost guns," which have no such markings and are increasingly found in crimes. In 2021, officials seized 19,344 such weapons. Five years earlier, the figure was only 1,758.

U.S. President Joe Biden wants to put an end to rampant gun violence in his country. In doing so, however, he faces strong resistance from conservatives who not only regard gun ownership as a fundamental constitutional right, but also want to regulate it as little as possible.