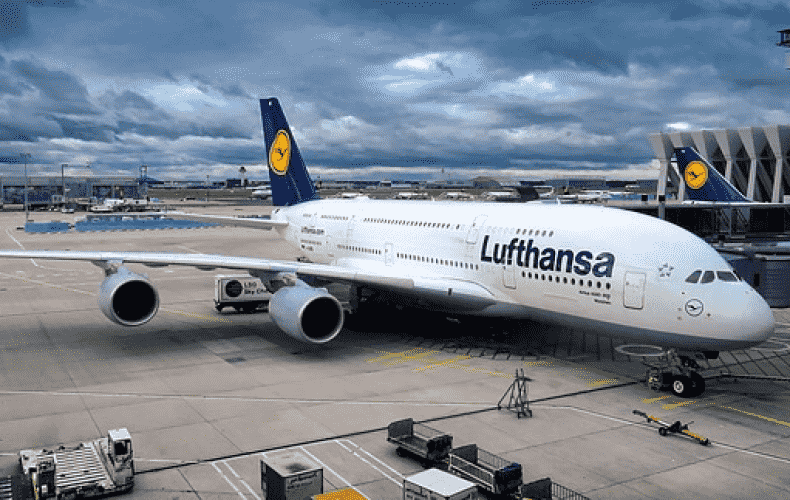 Lufthansa says it is closely monitoring the situation in Ukraine and is considering suspending flights. At the moment, however, there is no decision on this, the company says on request. The Dutch airline KLM had declared on Saturday to stop its flights to Ukraine with immediate effect.

Amid tensions, Russia said Saturday it had driven an American submarine out of its own territorial waters in the Pacific. The destroyer "Marshal Shaposhnikov" had tracked down a submarine in Russian waters near the Kuril Islands, the Defense Ministry in Moscow said Saturday.

After the submarine ignored requests to turn around, the Russian destroyer "took appropriate action," it said without elaborating. The submarine then left Russian waters "at top speed." At the time, Russian naval exercises were planned near Urup Island, which belongs to Russia. Later, the American military attachÃ© was summoned to the Ministry of Defense in Moscow and handed a note of protest.

The U.S. has denied Russia's account. A spokesman for the U.S. Navy for the Indo-Pacific region told news agency dpa on Saturday (local time): "The Russian claims that we are operating in their territorial waters are not true." He would not comment on the exact location of U.S. boats, "but we fly, sail and operate safely in international waters," the spokesman stressed.

The Russian Defense Ministry had previously announced that it had driven a U.S. submarine out of its own territorial waters in the Pacific. The Virginia-class boat violated the Russian border near the Kuril Islands on Saturday. Russian Navy exercises had been planned there at the time. Because the U.S. crew initially ignored warnings, the Russian side used "appropriate means" to force the boat to turn back, the statement added. Details were not initially given. Later, the U.S. military attachÃ© was summoned to the Defense Ministry in Moscow to hand him a note of protest.

The incident occurred against the backdrop of strong tensions between the United States and Russia over the Ukraine crisis. Russia has massed more than 100,000 troops on the Ukrainian border in recent weeks, according to Western sources. The troop deployment, as well as Russian military exercises in neighboring Belarus and the Black Sea, are stoking fears in the West of an invasion of Ukraine. Moscow rejects any plans for an attack and at the same time accuses Kiev and NATO of "provocations.

Diplomatic efforts to resolve the crisis at the highest level continued Saturday. U.S. President Joe Biden spoke by phone with Russian President Vladimir Putin. The conversation lasted about an hour, the White House said afterward in Washington. France's President Macron also spoke with Putin on Saturday and called on the Russian president to uphold the Minsk agreement.

Meanwhile, U.S. personnel from the OSCE observer mission are apparently withdrawing from Ukraine. This was reported by an eyewitness from Donetsk. They reportedly left the city by car. The OSCE did not initially comment on the matter. A spokesman for the U.S. State Department had previously called on U.S. OSCE staff to leave the country in light of a possible threat of a Russian invasion: The corresponding travel advice for U.S. citizens from last week also applied to them.