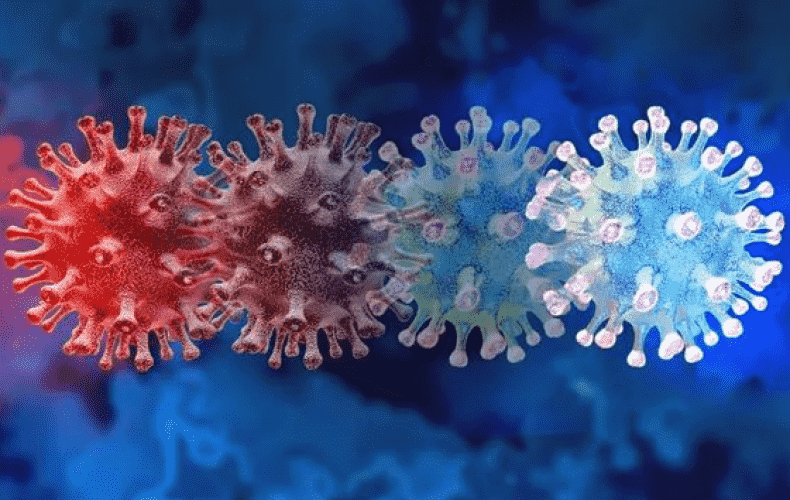 The spread of a new, potentially very dangerous variant of the coronavirus in southern Africa has caused international concern. Experts fear that the variant B.1.1.529 is not only highly contagious due to an unusually large number of mutations, but could also penetrate the protective shield of vaccines more easily. As a precautionary measure, the United Kingdom and Israel restricted air travel to countries in the region.

The South African Institute for Infectious Diseases NICD said Thursday that the first 22 cases of the new variant B.1.1.529 had been detected in South Africa. More cases are expected as genomic analyses continue, it said. "Although data is still limited, our experts are working overtime with all surveillance systems to understand the new variant and the implications it may have."

Health Minister Joe Phaahla said the new variant confirms the "fact that this invisible enemy is very unpredictable." He urged South Africans to wear masks, keep their distance and, in particular, get vaccinated. "We also have the additional tool of vaccinations that will help us avoid severe illness, including ending up in the hospital or even falling victim to the virus," he said.

Israel then classified the countries of South Africa, Lesotho, Botswana, Zimbabwe, Mozambique, Namibia, and Eswatini as "red countries." Foreigners would no longer be allowed to enter Israel from these countries, Prime Minister Naftali Bennett's office announced. Israelis returning home from these countries must be quarantined in a Corona hotel for up to 14 days, but can clear themselves after a week with two negative PCR tests. The new variant will be closely monitored to prevent it from spreading in Israel, it said.

The British government is restricting air travel from South Africa, Lesotho, Botswana, Zimbabwe, Eswatini, and Namibia because of the new virus variant. In addition, a strict hotel quarantine requirement is in place for arrivals, Health Minister Sajid Javid announced. He said there was evidence that B.1.1.529 was even more contagious than the delta variant and that available vaccines were less effective. Air traffic from the six countries was to be suspended from Friday noon, he said.

So far, no cases have been detected in the UK with the new variant, which is said to have about 30 mutations. But 500 to 700 people arrive in the country every day from South Africa alone, according to the PA news agency. A higher number is expected over the Christmas period. PA quoted an expert from the U.K.'s Health Security Agency as saying that B.1.1.529 is "the worst variant" seen so far. So far, he said, there have only been confirmed cases in South Africa, Botswana and Hong Kong.

Stock markets in Asia reacted nervously to news of the new variant, which heightened concerns about future growth and higher U.S. interest rates. In Tokyo, the stock market was initially weaker on Friday. Stocks fell and headed for their biggest weekly decline in nearly two months. "The trigger was the news of the Corona variation and the uncertainty about what that means," said Ray Attrill, head of foreign exchange strategy at National Australia Bank in Sydney. "You react first and ask questions later when that kind of news comes up," Attrill said.