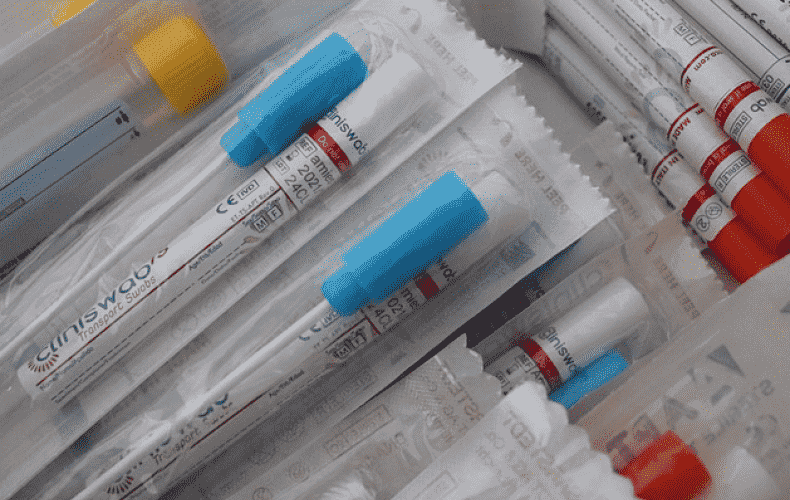 Scientists warn against loosening lockdown too quickly in light of the spread of the new Corona variants. "Openings without new countermeasures now would be fatal - we would be back to exponential growth in a few weeks and would have to close again," virologist Melanie Brinkmann of the Helmholtz Centre for Infection Research in Braunschweig toldÂ the SÃ¼ddeutsche Zeitung.

She refers to a new analysis by her colleague Michael Meyer-Hermann. According to this, the infection figures shoot up drastically after a few days, for example when schools or stores are opened. The British variant is so much more infectious than the previous Corona variant that it is already becoming difficult "to keep the spread under control with the current measures," says Brinkmann. It is possible that the new British variant B.1.1.7, which already accounts for a significant proportion in Germany, is already driving the infection.

In recent weeks, the number of new infections had continued to fall, prompting calls for openings to grow louder. But for the past three days, the incidence level has been stagnant. "People are pleased that incidences have now reached such a low level after many weeks," said Clemens Wendtner, a Covid specialist from Munich's Schwabing Clinic. Given the recent sideways movement of the curve, however, "it cannot be ruled out that we are already at the foot of the third wave," he says. This is all the more worrying because the British virus B.1.1.7 is not only more contagious, but also more dangerous. It leads to more hospitalizations, intensive care stays and deaths than the previously prevalent variant of Sars-CoV-2, he says.

Openings must therefore be flanked by smart new measures, emphasizes Melanie Brinkmann. Together with the "No Covid" initiative of international scientists, the virologist has developed concrete proposals that would make it possible to efficiently stop new infections, even in the face of mutants, and prevent further lockdown. "Above all, we need an efficient testing strategy, including rapid and self-tests, to reduce the time between infection and isolation," Brinkmann said, "that makes a lot of difference." Also needed, he said, are "innovative apps for better contact tracing - and more vaccinations."

The latter in particular, however, are experiencing a slowdown. According to the SÃ¤chsische Zeitung newspaper, 2,500 vaccination appointments with the Astra-Zeneca vaccine are still available in Saxony this week. The vaccine is only approved for people under 66 years of age and is therefore increasingly offered to medical personnel and younger people with pre-existing conditions. "We suspect that this target group is not yet sufficiently informed that there are free dates for them," Kai Kranich of the German Red Cross Saxony told Deutsche Presse-Agentur on Thursday. However, the DRK Saxony does not rule out that there is also uncertainty because of the somewhat lower effectiveness of the vaccine from Astra Zeneca. The major organizations of the medical profession have therefore urged nurses on Thursday to be vaccinated.

Vaccination experts also recommend immunization with the vaccine. The effectiveness of the Astra-Zeneca vaccine is about 80 percent when used correctly, emphasizes Carsten Watzl from the board of the German Society for Immunology. However, the vaccine protects similarly well against severe courses as the mRNA vaccines from Biontech/Pfizer and Moderna, which achieve an overall efficacy of more than 90 percent. In addition, it is possible to have one's immune protection refreshed at a later date with an mRNA vaccine after complete vaccination with the Astra-Zeneca vaccine.

Meanwhile, research sheds new light on the accusations against the EU for not ordering enough Biontech/Pfizer vaccine: According to information from NDR, WDR and SZ, the companies initially demanded an extremely high price in their negotiations with the EU.