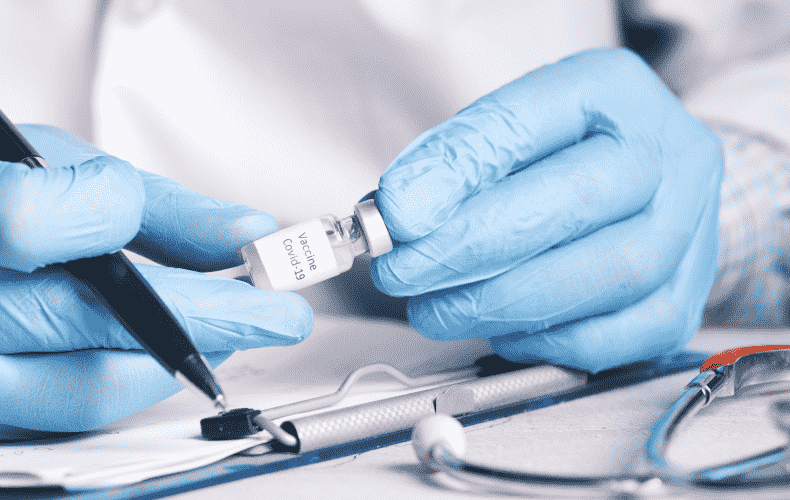 Corona vaccinations have prevented nearly 20 million Covid 19 deaths worldwide in their first year, according to a recent modeling study. This more than halved the number of deaths expected without vaccination, researchers from London's Imperial College wrote in a paper published this week in the journal Lancet Infectious Diseases.

The scientists analyzed vaccinations administered in 185 countries and regions for the first year of vaccination, which began Dec. 8, 2020, and correlated them with the number of deaths recorded in each. Where these were not reliably counted, they drew on excess mortality data and estimates. As a result, they arrived at higher possible death figures overall than the World Health Organization (WHO). In addition, they not only considered the deaths avoided by direct vaccination, but also factored in the fact that fewer people became infected in the vicinity of vaccinated persons.

Without vaccination, 31.4 million coronavirus-related deaths would have been expected, according to the mathematical modeling. 19.8 million of those would have been prevented by vaccination - 12.2 million of them in high- and middle-income countries. This demonstrates the inequitable distribution of vaccines, the study says. In many countries of the global South, vaccination rates remain significantly lower than in Europe, for example.

Another nearly 600,000 deaths could have been prevented if the World Health Organization's goal of vaccinating 40 percent of the world's population against corona by the end of 2021 had been achieved. However, this was missed by a wide margin.

Our results show that millions of lives have been saved by making vaccines available regardless of individual wealth," said the study's lead author, Oliver Watson of Imperial College London. "However, more could have been done." Had the WHO's goal been met, about one in five corona deaths in poorer countries could have been prevented, the researcher said.