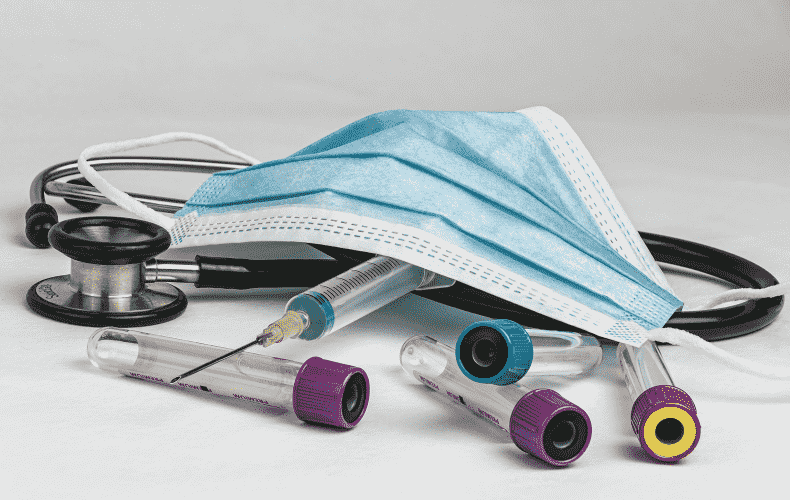 The Corona vaccination remains mandatory for Bundeswehr soldiers. The Federal Administrative Court in Leipzig on Thursday rejected the complaints of two air force officers against the inclusion of the Covid-19 vaccination in the list of mandatory vaccinations. The plaintiffs saw the regulation as violating their fundamental right to physical integrity, among other rights, and demanded that the vaccination be removed from the list, but have now been unsuccessful.

The regulation was lawful, the First Military Service Senate declared. The Federal Ministry of Defense was allowed to determine necessary protective vaccinations for the Bundeswehr, because all soldiers were obliged to keep themselves healthy in the interest of fulfilling their military mission. In doing so, they would have to tolerate measures to prevent communicable diseases, even against their will. The ministry had not exceeded its discretionary powers.

According to Presiding Judge Richard HÃ¤uÃler, in November, when the decree came, the corona situation was "very serious." Incidences had risen, the delta variant, which was even more dangerous than Omicron, had prevailed, and there was concern that hospital capacity would be insufficient. There had also been a warning signal to policymakers through the recommendations of experts and scientists, so they had seen the need to vaccinate soldiers.

This assessment was also shared by the Federal Constitutional Court when it declared mandatory vaccination in nursing and medicine to be constitutional at the end of April. "We agreed with this assessment," HÃ¤uÃler said. According to the court, vaccination could only reduce the risk of infection and transmission, but at the same time reduce the risk of a severe course by 90 percent.

During the hearing, the Senate had also heard experts, including from the Paul Ehrlich Institute. Afterwards it had agreed with the evaluation that the vaccination still has a relevant protective effect also against the Omicron variant. The positive effect continues to clearly outweigh the risk. According to the current recommendation of the Robert Koch Institute, this also applies to younger adults under 60 years of age.

However, the ministry must evaluate and monitor the vaccination requirement, the court demanded. Standing orders must always be reviewed to determine whether they continue to be proportionate and discretionary in light of changed circumstances. Before ordering further booster vaccinations, the findings must therefore be re-evaluated, because the dangerousness of the virus is declining and the currently available vaccines are becoming less effective.

Since the end of November, servicemen and women have been required to tolerate the Corona vaccination, provided there are no medical reasons to the contrary. The plaintiffs argued that, in their view, the vaccination had not been sufficiently researched and did not prevent infection or disease.

HÃ¤uÃler said at the ruling that while side effects could occur and there were gaps in the data collection - the court concluded in its assessment that the benefits of the vaccination outweighed the risks. He had already made it clear at the start of the hearing in May that the decision in the present case concerned only the two officers who had filed the lawsuit. Other cases involving soldiers from different units are pending before the Federal Administrative Court.

After the ruling, one of the two plaintiffs, Marcus B., said he had to "acknowledge" it. The other plaintiff, Christian B., left open whether he would now be vaccinated. "I need a request for a vaccination," he said, not ruling out dismissal.