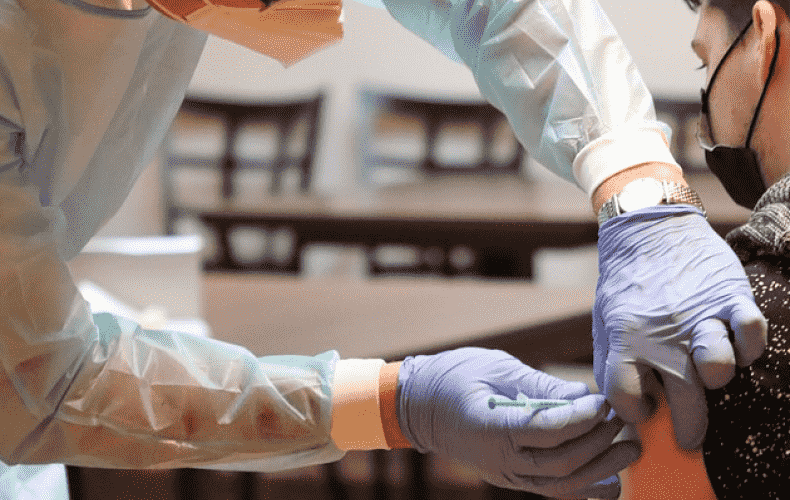 To get monkeypox infections under control in Germany, many more vaccine doses are needed than have been ordered by the German government so far, according to the Deutsche Aidshilfe (DAH).

"We need around one million vaccine doses in Germany to provide half a million people with lasting vaccination protection. It must not come to the fact that vaccine-motivated gay men are denied the vaccination," said Axel Jeremias Schmidt, epidemiologist and DAH consultant for medicine and health policy, according to a statement on Friday.

The federal government needs to order as soon as possible, it said, adding that short-term purchases are unlikely to be possible in the near term.So far, according to the Ministry of Health, the federal government has ordered 240,000 vaccine doses, of which 40,000 have initially been delivered. 200,000 are to follow by the end of September.

But that's not enough, Schmidt said, "We don't assume the epidemic will be over when the doses available so far have been vaccinated." As long as there are monkeypox infections, he said, people who are at risk must be offered vaccination.

As of Friday, 2,595 monkeypox infections had been reported in Germany, according to the Robert Koch Institute. Vaccination against monkeypox is recommended by the Standing Commission on Vaccination (Stiko) for certain risk groups and people who have had close contact with infected persons, among others.

It sees an increased risk of infection particularly in men who have same-sex sexual contact with changing partners.To categorize, epidemiologist Schmidt said he estimates the number of homosexual and bisexual men who have sex with changing partners to be more than half a million. Although not all of them are interested in vaccination, there are also people who only stay in Germany temporarily.

He also stressed that it cannot be ruled out that the monkeypox virus will soon affect other population groups.

The goal must be to reduce the number of infections and get them under control in the long term, said Ulf Kristal of the DAH board. "This is only possible if as many people as possible who are at risk of infection are vaccinated, in Germany and in all other affected countries."He urged the federal government to work for a massive expansion of vaccine production so that all people at risk worldwide could have access to the vaccine.