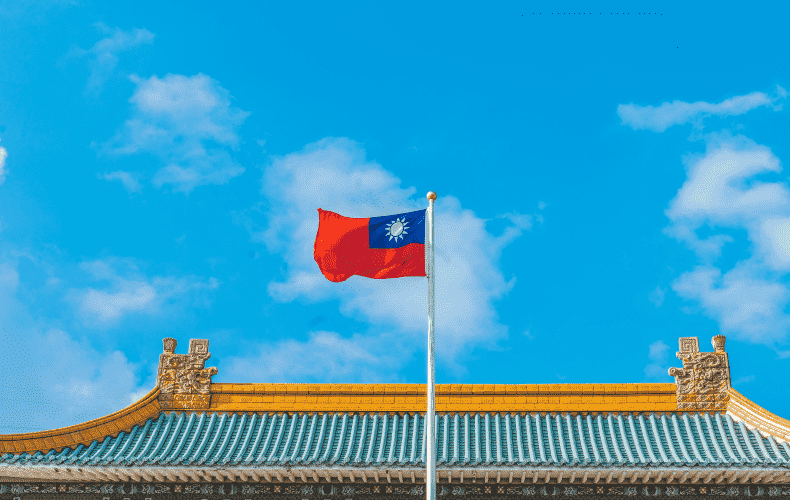 Taiwan wants to expand its cooperation with the European Union. President Tsai Ing-wen said Tuesday at a meeting with members of the European Parliament (EP) in Taipei that the democratic island republic wants to expand economic exchanges, strengthen supply chains and make progress toward an investment agreement. Taiwan and the EU are important trading partners, he said. Despite the pandemic, trade increased by 32 percent last year, he said.

In the face of increased expansionism by authoritarian states, Taiwan wants to deepen its cooperation with democratic partners worldwide, Tsai Ing-wen said, also referring to pressure from the communist leadership in China. The seven-member group from the EU Parliament's international trade committee is the latest in a string of delegations of foreign parliamentarians who have visited Taiwan since the summer to send a message of support.

Beijing had repeatedly protested such official contacts with Taipei. The Chinese leadership considers Taiwan part of the People's Republic, even though it has never been part of it, and has threatened to conquer it. Tensions had escalated in recent months. Following the visit of U.S. House of Representatives Speaker Nancy Pelosi in August, Beijing had launched large-scale military maneuvers and is maintaining military pressure with increased deployments of warships and fighter jets in the Taiwan Strait.

The head of the group and vice chair of the committee, Anna-Michelle Asimakopoulou from Greece, highlighted during the meeting with the president that the EU has a 25 percent share of foreign direct investment in Taiwan - more than the US and Japan combined. The delegation also includes German China expert and EU parliamentarian Reinhard BÃ¼tikofer, who is under sanctions by China.

"Taiwan is no longer the distant democratic relation, but it is more and more understood as a partner," BÃ¼tikofer told the Tagesspiegel. "Even the EU Commission, which has shied away from putting the goal of a bilateral investment agreement with Taiwan, promised in 2015, on the agenda, is now making an effort to intensify economic relations."

The Green Party politician calls for increased trade with the island nation, which has been a member of the World Trade Organization (WTO) since 2002. "We also need to advocate much more loudly and consistently than before for Taiwan to be involved in international organizations such as ICAO, UNFCCC, Interpol or WHO," BÃ¼tikofer said.

Photo by Romeo A.