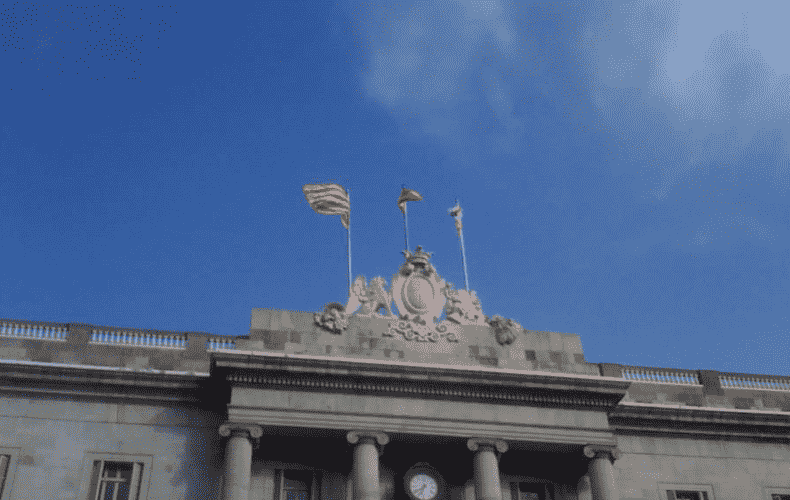 This week the bankrupt investiture of Pere Aragones brought the new Catalan Parliament to the fore. I refer to this mixture of aesthetics, symbolism, and hackneyed speeches that reached peaks of extreme sordidness and vulgar operetta. It is not a question of nostalgia for tragic Parliaments like the one presided over by Forcadell, but the new Parliament promises new heaps of magical realism and tragicomedy.
The image helped. For the Covidien measures, the Parliament looks like an evicted bank office stuffed with school desks. Against this backdrop, the speeches. Illa spoke of the need to turn the page. Aragones responded that there was still a lot to say about independence, although his speech said nothing new. Rather, it was a carbon copy of what had already been written. There is a real post-pandemic social and economic emergency, in need of urgent measures, to continue chewing the gum of future independence.
The problem of independence is clear. Its leaders do not want independence and its followers are beginning to realize it. Immobility is pleasing to them. They have long since burned their ships. But they have not taken Ithaca, but have remained sunbathing on the beach.
Good or bad Catalans. Aragones claimed that you would never hear him make this distinction. "Our country doesn't look at the origin, it looks at rights", he said. I suspect that Aragones, the real Aragones, has been abducted by a UFO and they have taken a copy without too much memory and put him out there to rant and rave. Including what was said by the president of his party, Junqueras, who likes to talk about the genes of his compatriots.
Aragones as a candidate is not very funny, he looks more like an office statesman than a political leader. Without the slightest charisma, he does not inspire emotion. At all times one didn't know whether he was selling a treadmill for pensioners or talking about the future of Catalonia.
And then there was all this symbolism. Banners, ribbons, colourful dresses, hubcaps. But perhaps what was most striking about the new Parliament was the parallel institutional role of the Council of the Republic. A shadow that hovered at all times, ghostly and ironic and that has overthrown the last two attempts at the investiture. All this with the difference that nobody voted for the Council of the Republic. Torra was already a vicar and the Council intends to continue being a factory of vicars.
This is the new Parliament of Catalonia.