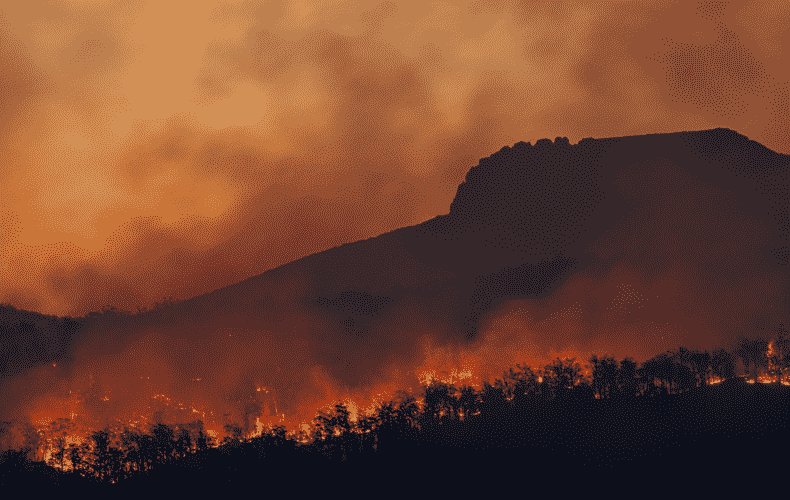 Devastating wildfires like the recent ones in Australia and California will increase significantly because of climate change, according to a U.N. report - and the world is not well prepared for these disasters. "Even with the most ambitious efforts to reduce greenhouse gas emissions, the planet will see a dramatic increase in the frequency of conditions conducive to extreme fires," said the report, released by the U.N. Environment Programme (UNEP) this Wednesday.

The Unep prepared the report with its partner, the Norwegian environmental institute GRID-Arendal. In it, the 50 experts involved in its preparation explain that extreme wildfires like those in Australia in 2019/2020 or in the Arctic in 2020 are not a direct result of global warming. But the increasingly frequent and intense phases of dryness and drought caused by climate change would create particularly favorable conditions for the fires.

Even in the event that global warming can be limited to two degrees in the coming decades compared to the pre-industrial era, the report authors project a nine to 14 percent increase in particularly severe fires by 2030. By 2050, they project a 20 to 33 percent increase. By the end of the century, they say, 31 to 52 percent more particularly severe fires can be expected - an increase of between just under a third and more than half.

The report is about particularly severe fires, which in theory occur only once every hundred years. The likelihood of less severe fires was not examined, but the authors note it is "likely that less extreme episodes will increase just as much."Extreme fires are already causing major damage. The resulting smoke is harmful to health, the fires lead to water pollution, and habitats of numerous species are destroyed. Moreover, forest fires exacerbate climate change because they destroy important CO2 reservoirs along with the forests. In the U.S. alone, economic losses from wildfires have ranged from $71 billion to $348 billion (EUR63 billion to EUR307 billion) in recent years. Nearly three billion mammals, reptiles, birds and amphibians were killed or injured in the 2019/20 wildfires in Australia.

The risk for wildfires cannot be completely avoided. But humans can take steps to reduce the frequency of such devastating events, it said. Instead, however, governments' response to the growing fire risk is to "put money into the wrong thing," Unep chief Inger Andersen explained.

The costs incurred by severe wildfires are significantly higher than the investments made in preventing and fighting them. Authorities around the world must now invest in prevention, the Unep urged. For example, dead plants on the ground and brush around residential areas must be removed more consistently. Better landscaping and reducing activities that facilitate fire outbreaks would also help."We need to minimize the risks for extreme fires by being prepared," Andersen cautioned. This, he said, means "investing more in reducing risks, working with local communities, and increasing global engagement in the fight against climate change."