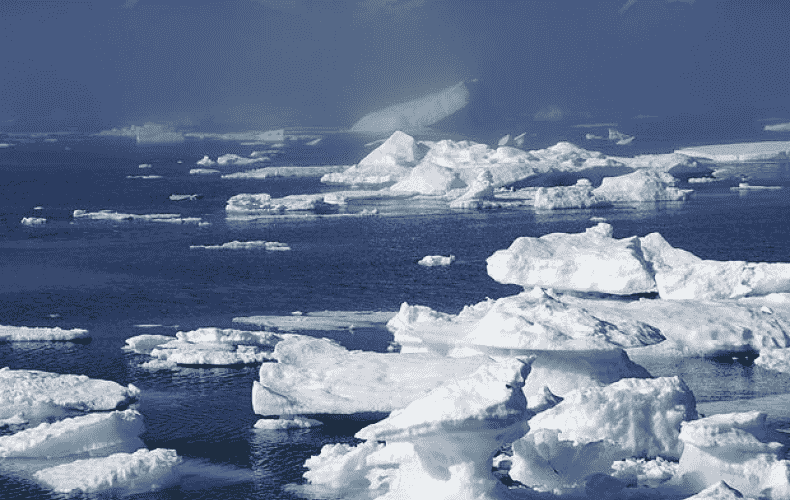 Global warming in the wake of the climate crisis has progressed much faster in the Arctic than previously assumed, according to Finnish researchers.According to a new study by scientists at the Finnish Meteorological Institute in Helsinki, the Arctic region has warmed almost four times as fast as the global average over the past 43 years.

On a regional scale, some areas in the Arctic Ocean have even warmed up to seven times as fast as the planet as a whole, they write in the journal Communications Earth & Environment. Climate models have so far underestimated the so-called polar amplification, explained lead author Mika Rantanen.

Not only humans are to blame for the rapid warming

So far, there has been repeated talk of the Arctic warming twice as fast. However, a working group of the Arctic Council based in TromsÃ¸, Norway, had already reported in May 2021 that the increase in the average Arctic surface temperature between 1971 and 2019, at 3.1 degrees Celsius, was about three times higher than the global average.

The Finnish researchers now attribute their even higher estimate on the one hand to the strong and persistent Arctic warming, but on the other hand also to their definition of the Arctic as well as the calculation period: They defined the Arctic as the entire area located within the Arctic Circle. The warming rate was calculated from 1979 - the year since which more detailed and thus more reliable satellite images have been available.

According to the Finnish researchers, the extent of polar amplification is influenced by both climate change caused by human activities and natural long-term climate variability. Both factors are expected to have led to an increase in amplification over the 43 years.