Gisa MichelÃ³n: a dancer who is always moving on, who doesnÂ´t stand still and every time she goes on stage she has something new to present and to surprise her audience with. Her new show Flamenco y Picasso "De MÃ¡laga Ã  Paris" opened at MunichÂ´s KÃ¼nstlerhaus patio on 26th July 2016. The rain had stopped, the beautiful venue was sold out, a smell of Spanish chorizo-tomatoe-manchego toast in the air.

Gisa MichelÃ³n entered the patio with a folkloristic flower hat which was a giant bouquet, popping red lips, red cat suit and Russian folkloristic skirt, singing along with singer Estela Sanz Posteguillo, guitarist Guillermo GuillÃ©n and pianist/percussionist Maruan Sakas, all risen from a 60ies sentimental movie with regional background.
The evening was a true and enigmatic homage to Picasso and full of overwhelming impressions: striped shirts, StravinskyÂ´s twelve-tone and delightful Satie music, Gisa frozen to a picture with a mouth out of place and cubistic shoes; toreros, bulls, Picasso's Harlequin and his Russian wife Olga Khoklova - the Russian dancer was the only woman who ever left Picasso - appeared and the artists carried off the audience to Paris cabarets, the circus, three wars and satirical episodes.

The dancerÂ´s artful, expressive, theatrical and very modern flamenco does not leave anybody indifferent. When Gisa MichelÃ³n expresses PicassoÂ´s famous grey, black and white anti-war painting "Guernica" this is not only flamenco, dance or an activity to enjoy a summer night, it is way more: it hurts to watch, to listen and to feel. StravinskyÂ´s atonal sounds, the dancer dying on stage is not easy to look at. And Gisa wants more than being a beautiful dancer; she expresses her inner feelings and once again proves that her objective is to be good from within and she excels in it.

The make-up table on stage where the dancer sits during brief breaks, gorgeous like an image and a red, Spanish fan in her hand thus becomes a requisite next to a Cossack hat, a bull mask, the Harlequin ruff and a red skirt that reminds of the matadorÂ´s red cloth to tease the bull. The melodies and songs presented in the program Flamenco y Picasso "De MÃ¡laga Ã  Paris" are all from PicassoÂ´s life time and beautifully underline the visual art. Especially when the "Guernica" episode ends with the light-hearted "La Paloma" song it is a reminiscence of PicassoÂ´s famous dove of peace.

In the end Gisa MichelÃ³n sits at her make-up table, a black veil hiding her face, singing her good-bye in a dark, shy voice. The evening was full of Picasso, color and feelings and will stay in mind as an unforgettable event.

Drawn to the fine arts Nina Bayne is reporting about concerts, events and exhibitions taking place in Munich. More on www.ninabayne.com 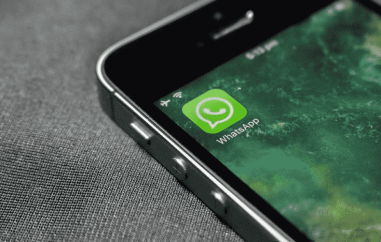