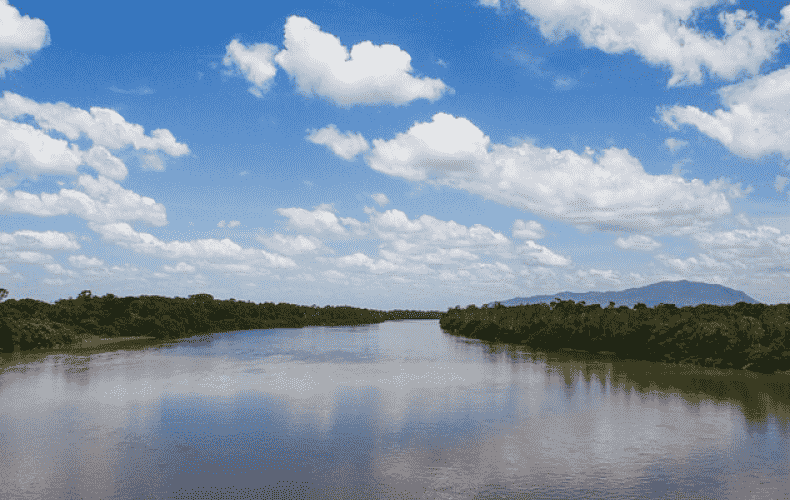 The destruction of the Amazon rainforest could soon be so advanced that the ecosystem, which is so important for the Earth's climate, will no longer recover from it. The Amazon rainforest could become savannah - with dramatic consequences for the entire world, as researchers led by Christ Boulton of the British University of Exeter warned on Monday.

Climate scientists have long identified the sustained destruction of the forest as a so-called tipping point for the world's climate: The Amazon basin is home to half of the world's rainforest and stores large amounts of CO2. If the region were to become savannah, greenhouse gases would be released and global warming would accelerate by leaps and bounds.

According to the study now published in the journal Nature Climate Change, this scenario is much more likely than previously assumed. Using satellite data from 25 years, the researchers measured the Amazon's resistance to natural disasters such as droughts and fires for the first time. In more than three quarters of the Amazon basin, this resilience has noticeably decreased.

Global warming is itself contributing significantly to the destruction of the Amazon. According to some calculations, the savanna scenario could become inevitable for the region as early as the middle of the current century if global greenhouse gas emissions remain high.

"But of course, it's not just about climate change - people are busy cutting down or burning down the forest, which is a second pressure point," co-author Tim Lenton told the AFP news agency. "These two things influence each other" - so the Amazon tipping point could be reached much sooner.

Since 1970, nearly 20 percent of the Amazon rainforest has been destroyed or deforested - mainly for the production of timber, soy, palm oil, biofuels, and livestock. Since ultra-right-wing President Jair Bolsonaro took office in Brazil in 2019, deforestation has skyrocketed yet again.

Tipping point theories abound, as Niklas Boers of the Potsdam Institute for Climate Impact Research, who was also involved in the study, points out. "Our study provides important empirical evidence that we are indeed approaching this threshold."Other tipping points for the global climate include the melting of the Greenland and West Antarctic ice sheets, the thawing of Siberian permafrost soils laden with CO2 and methane, and the destruction of tropical coral reefs.