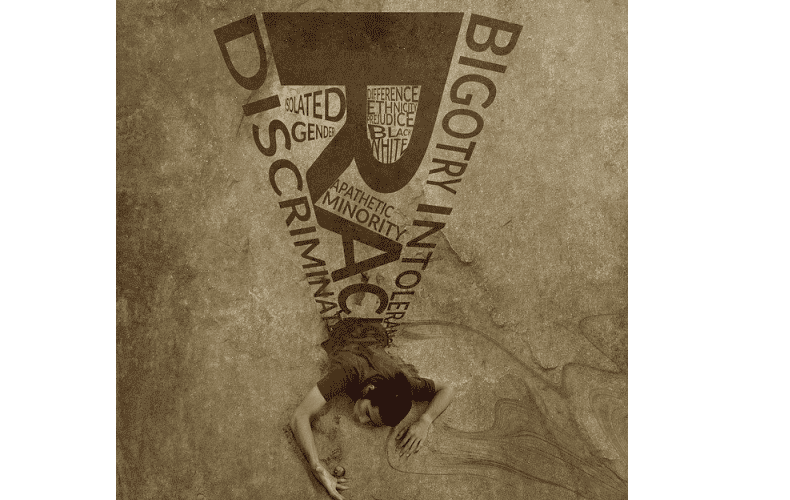 In spite of the times we live in, it is not difficult to find a society, and all those that fit within each of them, groups of people, people, and even nations that discriminate. It seems to be in our animal, primitive, ancestral DNA to discriminate.

But then I wonder how bad it is if that gives us the security of the herd, the preservation of the species, and the acceptance of the group of belonging .... and although shocking I am not talking about humans but about animals that are preserved and enhanced by discriminating with acts of violence, murder or cannibalism that we see in monkeys and lions.

But we can also cite ancient mythology when Chrono ate the children of Rhea, to avoid being dethroned by one of them in Greek mythology (Saturn in Roman myths).

From a modern point of view, the act of discriminating, mocking, separating, segregating is an ethically repudiatory act, but in ancient times it would seem that it was an act of preservation, a humanitarian/sanitary case, in pursuit of preserving the race.

Let us not forget that the extinction of the Aztec people was due to diseases contracted from intimate relations brought from Europe, for which they were not prepared.

We can also talk about discrimination out of fear, fear of the unknown, of what people will say, of being different, of ostracism, let us not forget that in ancient times, ostracism, being expelled from one's village, was a death sentence, since rarely did a person know more than 12 miles beyond their village.

We tend to look at everything from a global perspective, in a hyper-connected world, but let us not forget that this has been the case for the last 600 years before that .... people isolated from other realities and cultures were terrified of the unknown, and therefore discriminated against everything that was not from their environment or known to them.

It is in this way that in the last 3000 years we see discrimination on the basis of race, creed, nationality, belief, or sexual orientation.

But then, if it is an instinctive, ancestral, essential for the preservation of the tribe (the place where I belong and am accepted as a peer), I wonder aloud .... Can we put an end to something so deeply installed in our reptilian thinking, are we capable of not mocking others for being different? Or is it only in an act of political hypocrisy that we put a face to the other that in reality, we don't have, we don't want to change it and therefore we only show it to our peers? Is it that by discriminating against others we feel safe in our clan?

For example, my friends can call me Nigger, Monkey, Fat, and I have never felt been discriminatedÂ ... but if someone from outside comes and calls me Nigger, I will eat him alive, as Saturn would have done.