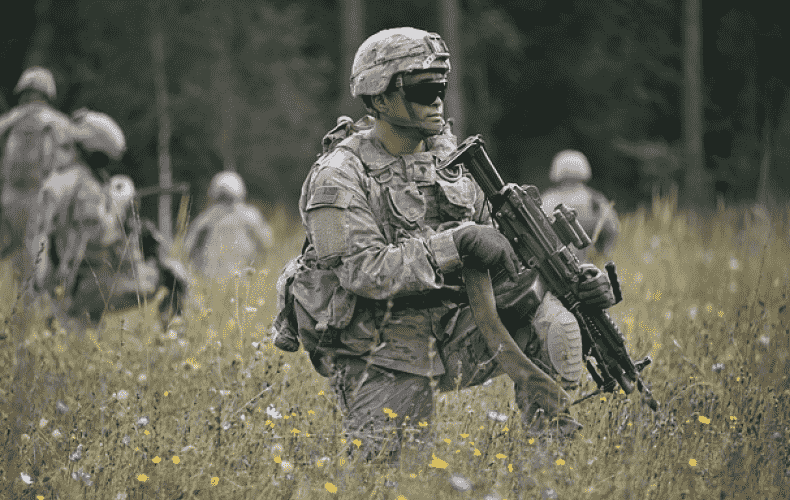 NATO continues to have no credible indications of a withdrawal of Russian troops from the border area with Ukraine. "There are signals from Moscow that diplomacy could continue, but so far we have seen no signs of withdrawal or de-escalation," NATO Secretary General Jens Stoltenberg said Thursday at the start of the second day of alliance defense ministers' consultations in Brussels. Russia, he said, had recently demonstrated once again its ability and willingness to threaten force to achieve its goals. "Unfortunately, I fear that this is the new normal for which we must be prepared," Stoltenberg said.

Russia reiterated it had withdrawn more soldiers from annexed Crimea. The U.S. government, on the other hand, classifies the partial withdrawal of Russian troops announced by Moscow to ease tensions in the Ukraine conflict as misinformation and instead assumes a further expansion of its military presence. In the "past few days," Russia has brought some 7,000 additional troops near the Ukrainian border, "and some of them just arrived today," a senior White House official said Wednesday evening. U.S. government intelligence, meanwhile, showed that Russia's announcement of a partial withdrawal was "false," he said.

NATO had also already spoken of a Russian troop buildup instead of the announced partial withdrawal. "So far, we have not seen any de-escalation on the ground. On the contrary, Russia seems to be continuing the military buildup," NATO Secretary General Jens Stoltenberg said Wednesday in Brussels on the sidelines of a meeting of alliance defense ministers.

The Defense Ministry in Moscow, on the other hand, claimed that more parts of the troops were being withdrawn. According to the statement, several units that had been involved in exercises on Ukraine's Black Sea peninsula of Crimea were now returning to their bases. The Russian Defense Ministry released a video showing a platoon in darkness with tanks and other military vehicles on the Crimean bridge. "Units of the Southern Military District, which have finished their tactical exercises at the training area on the Crimean Peninsula, are returning to their home bases by train," the Defense Ministry in Moscow announced Thursday, according to Russian news agencies.

According to U.S. President Joe Biden and German Chancellor Olaf Scholz, the risk of aggression by Russia against Ukraine continues to exist. Both agreed during a telephone conversation that the situation in the region must be assessed as extremely serious in view of the massive Russian troop buildup in the border area with Ukraine, German government spokesman Steffen Hebestreit said Wednesday. A significant withdrawal of Russian troops has not been observed so far, he said, and the highest level of vigilance is required.

Both politicians welcomed statements by Russian President Vladimir Putin that diplomatic efforts should continue. They must now be pursued at full speed. They said it was important to enter into a constructive dialogue on European security issues, to move toward implementation of the Minsk agreements and to make progress in the Normandy format with the support of Germany and France. The key to this, he said, lies in Moscow.

Russia had surprisingly announced Tuesday that it had begun withdrawing troops after maneuvers. At a meeting with Scholz in Moscow, Putin also said Russia did not want a new war in Europe.

In Washington, the U.S. government official said in a briefing for journalists that Russia indicates it is open to a diplomatic solution to the conflict. "But all indications we have now are that they are only offering talks and making claims of de-escalation while secretly mobilizing for war," the representative said. The top official from Biden's government could not be named, according to briefing rules.

In addition, the official continued, there is information that Russia could stage or invent events "at any time" to create an "excuse" to attack Ukraine. For example, he said, there could be a provocation in the eastern Ukrainian region of Donbass. There could also be increased Russian misinformation, including baseless claims that the U.S. and Ukraine were using "biological or chemical weapons," the official said. It is unclear what reason Russia will ultimately advance, he said. "We hope the world is ready for this," the official said. "No one should take these claims at face value," he stressed.

CDU foreign policy expert Norbert RÃ¶ttgen warned against premature optimism in the Ukraine crisis. "It is good that the chancellor's visit to Moscow has taken place," RÃ¶ttgen told Editorial Network Germany (RND). "But it is still too early for optimism. In the matter at hand, nothing has changed. Speeches and actions of the Russian side clearly diverge here."

There has been no Russian troop withdrawal so far, RÃ¶ttgen said. In addition, he said, the Russian Duma has submitted a motion to recognize the Donetsk and Luhansk "people's republics" that broke away from Kiev as independent states and thus no longer consider them part of Ukraine.