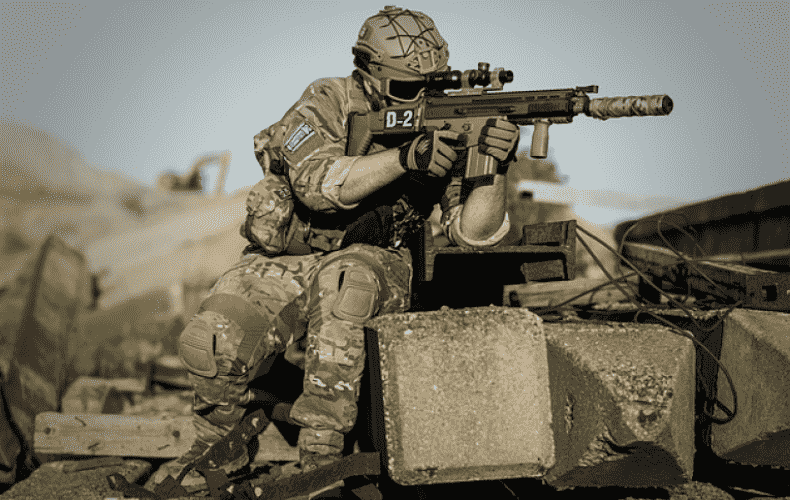 Kazakhstan's President Kassym-Shomart Tokayev has discussed in a phone call with Russia's president how to calm the situation in the Central Asian country. This was announced by the presidential office in Moscow on Saturday. Tokayev also said that the situation was already stabilizing. However, there were also reports of new shootings in the megacity of Almaty on Saturday night. Tokayev also thanked Putin for the intervention of the Russian-led military alliance OVKS, the Russian presidential office added.

Putin, it said, supported Tokayev's idea to hold a video conference of the allies in the coming days to discuss further measures aimed at restoring order in Kazakhstan. The Collective Security Treaty Organization (CSTO) includes Russia and Kazakhstan as well as Belarus, Armenia, Kyrgyzstan and Tajikistan.

According to the organization of these six former Soviet republics, soldiers had been brought to Kazakhstan on Thursday at Tokayev's request. They were to support the Kazakh security forces.

A total of more than 4,400 people have been detained so far in the unprecedented unrest that has been going on for days, according to state figures. This was reported by state television on Saturday, citing the Interior Ministry of the Central Asian country.

President Kassym-Shomart Tokayev ordered a day of national mourning. On Monday, "the many victims of the tragic events in some parts of the country" are to be remembered, several Kazakh state media reported on Saturday. Authorities so far counted a total of more than 40 dead, including security forces. However, it is feared that the number - especially of civilian casualties - could be much higher: Military forces have already been deployed against demonstrators for days, and President Tokayev has issued shoot-to-kill orders. In the megacity of Almaty, which has been particularly rocked by the unrest, so-called anti-terrorist operations are said to be ongoing, independent Kazakh news channels reported.

Because of the conflict in Kazakhstan, the German government is apparently halting exports of military equipment to the former Soviet republic. According to information obtained by German Press Agency, the necessary steps have been taken to ensure that exports of such goods to Kazakhstan no longer take place. Last year, according to the report, 25 licenses were issued for exports of armaments to Kazakhstan with a total value of around 2.2 million euros. This is a comparatively low value - but nevertheless an export stop is called for in view of the current situation, the report says.

On Friday, German Chancellor Olaf Scholz called for an end to the violence in Kazakhstan. He appealed to the authoritarian leadership in Nur-Sultan: "Please come back to peaceful further development in the country." For the German government, he said, the rule of law must be protected everywhere.

The oil- and gas-rich country on the border with China is experiencing its worst riots in years. The unrest in the authoritarian republic was triggered a week ago by resentment over higher gas prices. The demonstrations turned into protests, some of them violent, against the government. Many people are frustrated by corruption and abuse of power in the country.

The demonstrators' displeasure was also directed against the authoritarian ex-long-time ruler Nursultan Nazarbayev. The now 81-year-old did step down in 2019. But he was still considered the most powerful man in the state. Tokayev deposed him as head of the Security Council on Wednesday. Since then, there have been rumors that the 81-year-old has left the country. His spokesman, however, said Saturday that Nazarbayev was still in Kazakhstan.