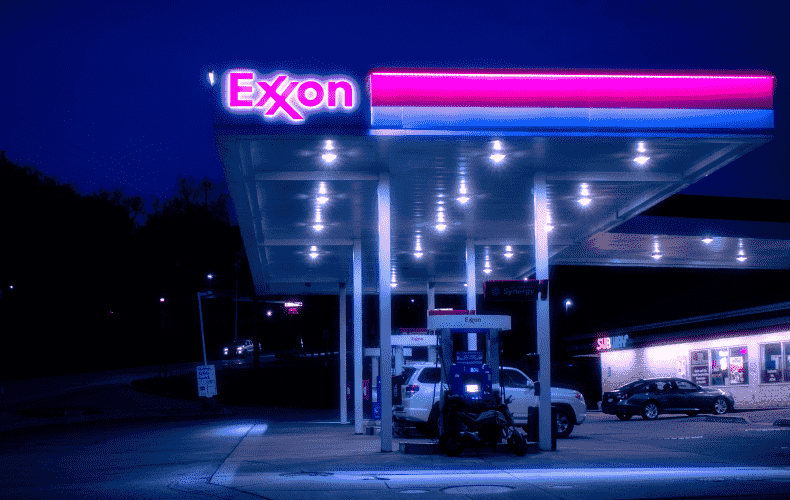 The Exxon-Mobil group is defending itself against the EU's plan to siphon off particularly high profits that have accrued to oil and gas companies because of the energy crisis. Two European subsidiaries of the Texas-based group, Exxon-Mobil Producing Netherlands BV and Mobil Erdgas-ErdÃ¶l GmbH, had filed a corresponding lawsuit before the European Union Court of Justice (ECJ) in Luxembourg, Exxon-Mobil announced Wednesday.

In September, EU governments had adopted a package of measures to cushion the impact of soaring energy prices. These included a special levy on particularly high profits - so-called excess profits - made by oil and gas companies as a result of the unexpectedly high prices. The profits of companies that generated cheap electricity from wind or solar power, for example, and were then able to sell it at much higher prices because it was linked to the price of gas, are also to be skimmed off in this way. However, Exxon-Mobil expressly does not oppose this part of the package of measures. According to the EU Commission's plan, individual countries were to use the money raised by the new levies to subsidize energy costs for needy citizens and companies at home.

Specifically, the EU decided that oil and gas companies would have to pay a special 33 percent levy on all profits that are more than 20 percent above a four-year average. Depending on the country, these profits could come from the 2022 or 2023 fiscal year. During negotiations on the plan in the fall, the EU Commission reckoned that this could raise around 25 billion euros for the Union's member countries to help private and commercial energy customers.

Exxon-Mobil's lawsuit does not dispute that the corporation has made significantly higher profits because of the energy crisis triggered by the Ukraine war. Nor does the company challenge the right of European governments to access those profits to help citizens and companies struggling under high electricity and gas prices. Instead, the lawsuit takes aim at two formal points.

First, although the EU gave its special levy the friendly-sounding title of "solidarity contribution," it is not a tax. According to Exxon-Mobil, however, it is de facto nothing more than a new tax. Taxes, in turn, may only be levied by individual member states, not by the European Union. The new tax will put Exxon-Mobil's European subsidiaries and European industry at a disadvantage, the group said. "This tax will undermine investor confidence, discourage investment and increase reliance on imported energy and fuel products," an Exxon-Mobil statement said.

Second, the administrative path by which the new levy was created was not legal, according to Exxon-Mobil. The European Commission and the European Council - the body representing the member countries - used Article 122 of the EU Treaty to do so. This provides that in emergency and crisis situations, European laws can be passed without the involvement of the EU Parliament and without unanimity in the Council. All that is needed to pass a law is a proposal from the Commission that receives a so-called qualified majority in the Council.

However, according to Exxon-Mobil, this article does not apply to the new levy. "The profits tax will not solve any bottlenecks in the supply of energy, nor will it have any short-term consequences," the group said. "In this respect, it was not right of the Commission and the Council to use their extraordinary powers under Article 122."

The lawsuit will not stop the levy from taking effect, however. It could also take several years for a ruling to be issued in the case. In any case, the EU Commission was unimpressed by the lawsuit. "The Commission remains of the view that the measures in question are fully in line with EU law," a spokeswoman for the authority wrote in an email to Internet magazine Politico Europe. She said the levy is intended to "ensure that the entire energy sector pays its fair share in these difficult times."