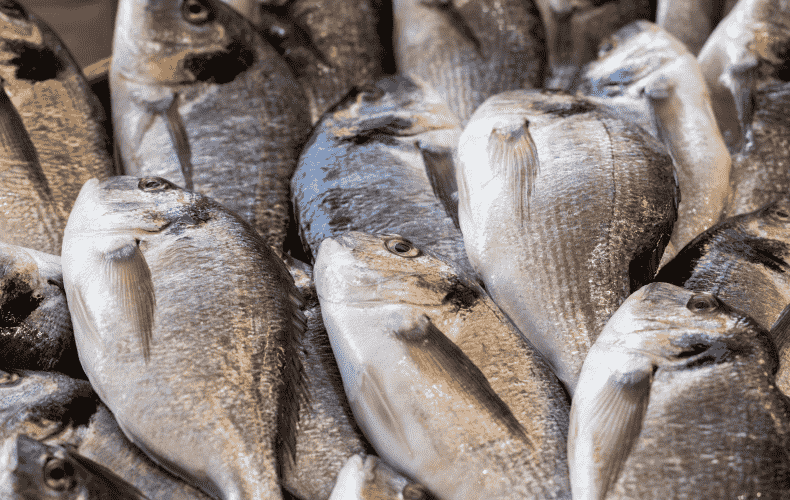 Even fish caught in the sea have to undergo a corona test in China. Videos of fish being swabbed in the mouth with a cotton swab in the port city of Xiamen are causing a stir and amused comments on the Chinese Internet.

"I'm laughing my head off," one user commented. "Do fish breathe through their mouths?" someone asked, noting that Covid-19 is a respiratory disease. "What do they do with a close contact? Quarantine the fish at sea?" one also said. "Quarantine camp if they're positive?"

A representative of Xiamen's health department confirmed to Deutsche Presse-Agentur on Friday the practice of testing not only returning fishermen but also their fish. "What comes in has to be tested," he said.

Jimei District had issued the directive in late July, saying there was a risk from illegal trade with foreign fishermen at sea: "When fishermen and their catch arrive on shore, people and goods must be tested."

China, where the virus was first detected in December 2019, has a strict zero-covid strategy. It has completely closed itself off. The few entrants who are allowed into the country usually have to spend seven days in a quarantine hotel room - then three days under observation.

In metropolises with millions of inhabitants, people usually have to be tested every three days. Proof of the negative test in the Corona app on the cell phone is necessary in order to be allowed into stores, markets or one's own residential complex at all.

People also have to scan themselves everywhere with the app to enable contact tracking. Anyone identified as a contact or who has been in a "risk area" must isolate themselves. Those who are positive are hospitalized.

In cases of infection, entire neighborhoods are cordoned off. Despite the sometimes controversial, harsh measures, the most populous country is experiencing a major wave right now because the latest Omikron variant is spreading easily.

The health commission in Beijing reported more than 500 new infections and more than 2,000 asymptomatic cases Friday. The tropical island of Hainan is particularly affected. Tens of thousands of vacationers are stuck there.

The Xiamen Marine Development Bureau told Hong Kong's South China Morning Post newspaper that the coronavirus may have been brought to Hainan by fishermen who may have come into contact with foreign counterparts at sea, according to reports. "We are not the only place doing this," it said of corona testing of fish and fishermen.

After years of tensions, Israel and Turkey plan to fully resume diplomatic relations. Both countries have decided to...