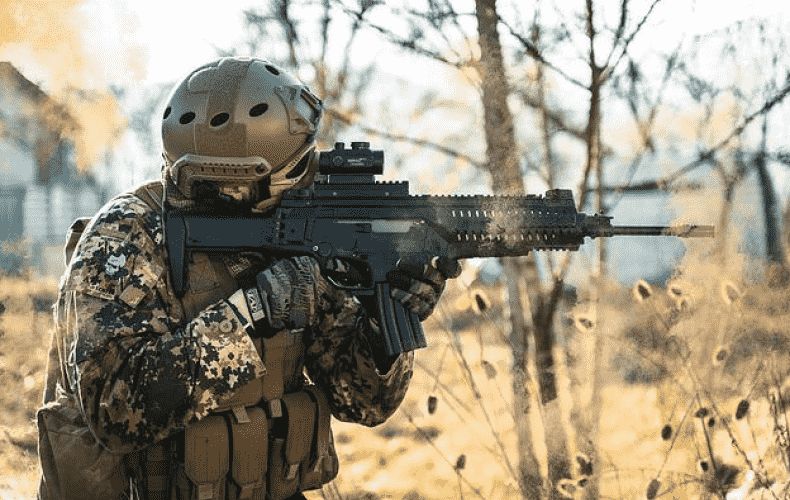 The EU wants to provide a further 500 million euros for the supply of weapons and equipment to the Ukrainian armed forces. This was announced by EU foreign affairs representative Josep Borrell on Friday on the sidelines of the G7 foreign ministers' meeting near WeissenhÃ¤user Beach on the Baltic Sea.

This would increase the EU funds available for Ukraine for military aid to two billion euros. A first package of 500 million euros had already been approved at the end of February, with two more to follow in the coming months.

According to the EU, the money will be used to finance, for example, personal protective equipment, fuel, but also weapons for defense. The additional 500 million euros will now be used to give a new impetus, Borrell said Friday. The money is to be spent on heavy weapons, he said.

Ukrainian Foreign Minister Dmytro Kuleba says arms deliveries are not moving fast enough. When you're fighting, it's not helpful if the weapons you need for that are still "on the way," he said Friday after consultations with counterparts. That's why they talked about how to make sure Ukraine gets all it needs to beat Russia militarily, he said.

Specifically, Kuleba cited the delivery of multiple rocket launchers and the reinforcement of Ukraine's air force as important for Ukraine. For the multiple rocket launchers, Ukraine was told it would get them - but as long as it didn't have them, that was a gap, he explained. There is no solution yet for the air force gap, he said. "We will continue to address that," he said.

The funding for military aid comes from the so-called European Peace Facility. It is a new EU funding instrument that can also be used to strengthen the capabilities of armed forces in partner countries.

For the period from 2021 to 2027, the Peace Facility is endowed with around five billion euros. According to Defense Minister Christine Lambrecht (SPD), Germany is financing around a quarter of the EU support.

Russia accuses the West of exacerbating the conflict by supplying weapons to Ukraine. "We see how dangerously our Western colleagues, including the European Union, are acting now," Foreign Minister Sergei Lavrov said recently.

Borrell also urged a quick decision by member states on an oil embargo against Russia at the meeting on the Baltic Sea. "I am sure we will get an agreement, and we need that agreement," he said in White House.

If the ambassadors of the EU states cannot reach an agreement, the foreign ministers would have to achieve a breakthrough at their meeting next Monday. Hungary in particular continues to reject an embargo on Russian oil.

The foreign ministers of the G7 countries are meeting until Saturday in a luxury hotel near WeissenhÃ¤user Beach on the Baltic Sea to discuss the war in Eastern Europe and issues such as the Corona pandemic. Germany currently chairs the group, which, in addition to the Federal Republic, includes the NATO states USA, Canada, France, Great Britain and Italy as well as Japan.