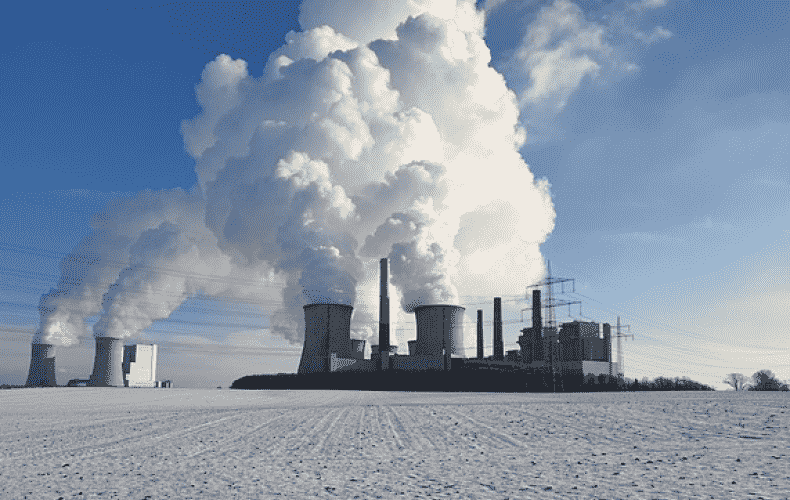 On the roof of the waste incineration plant in Hinwil near Zurich, the air is as low in carbon dioxide as it was before industrialization began. That's because there's a giant filter there: fans guide air currents through a material that uses a chemical reaction to dissolve out around half of the greenhouse gas it contains. The technology developed by the Swiss company Climeworks could become a key instrument for global climate protection. When carbon dioxide is pressed into porous rock layers, it remains permanently bound there. Applied on a large scale, this could reduce the increase in greenhouse gas emissions and possibly even reduce the CO2Â concentration in the atmosphere again one day. Direct Air Capture, or DAC for short, is the name of this concept.

Experts speak of negative emissions when CO2Â is removed from the air. They are indispensable for achieving global climate targets. For example, the scenarios in the IPCC's special report on the 1.5-degree target are based on a total of 730 gigatons of carbon dioxide being removed from the atmosphere by 2100. That is about 20 times the amount of carbon dioxide emitted globally per year today. However, the possibility of virtually recapturing CO2Â should not lead us to sit back and do nothing when it comes to reducing greenhouse gas emissions, says Daniela Jacob, director of the Climate Service Center Germany and a lead author of the IPCC special report. "The most important thing is to reduce energy consumption," the scientist explains. The remaining demand must then be met from renewable sources, she adds. "We need DAC and other processes to eventually remove the absolutely unavoidable emissions from the atmosphere."

For DAC to actually make a significant contribution to climate protection, however, huge investments are needed. In a paper published in Nature Communications, a team of researchers led by Ryan Hanna from the University of California in San Diego has now investigated what would be possible. The scientists have assumed that, in addition to reducing greenhouse gas emissions, the global community installs masses of DAC plants with a kind of emergency program. They compare their scenario to the mobilization of resources during times of crisis, such as war. In such phases, many obstacles that normally stand in the way of necessary measures would be pushed into the background.

It remains to be seen where the energy to run the plants will come from
The research team concludes that annual investments of between 1.2 and 1.9 percent of global gross domestic product - currently equivalent to around 870 billion to 1.38 trillion euros - could remove between 570 and 840 gigatons of CO2 from the atmosphere by 2100. The peak of global warming would thus be reached between 2090 and 2095, provided CO2 emissions are drastically reduced in parallel. At the beginning of the program, the negative emissions achieved would be small, despite the high investment, because DAC is simply still very expensive to begin with. But that should not be a deterrent, the researchers say, because only with massive deployment of the technology will its costs fall significantly.

"The study is an interesting thought experiment," says Oliver Geden of Stiftung Wissenschaft und Politik, another IPCC lead author. "It shows what would theoretically be achievable if we were really serious about the issue of negative emissions." However, he says, there are still many uncertainties about DAC, such as the technologies, the costs and the resources needed - "not to mention social acceptance." After all, huge amounts of CO2 have to be put into the ground, which is unlikely to generate much enthusiasm in the vicinity of the repositories.

Another open question is where the energy for operating the DAC plants will come from. They need a lot of electricity and also heat. The authors of the study assume that the energy will still be produced with fossil fuels for a certain time. That would have to be accepted in order to be able to install a large number of plants quickly and thus reduce costs. Daniela Jacob points out that CO2 is also removed from the atmosphere when fossil fuels are used - but at a reduced rate, because the carbon dioxide produced in the process also has to be removed again. "It will certainly not be easy to explain to society that in order to remove CO2 from the atmosphere, CO2 is emitted elsewhere," explains the scientist. The bottom line, however, is that the DAC process also achieves a reduction in the CO2 content of the atmosphere with fossil energies. Nevertheless, Geden believes that the massive use of DAC technology would not fail due to the storage of carbon dioxide. "The geological potential for this is large enough."