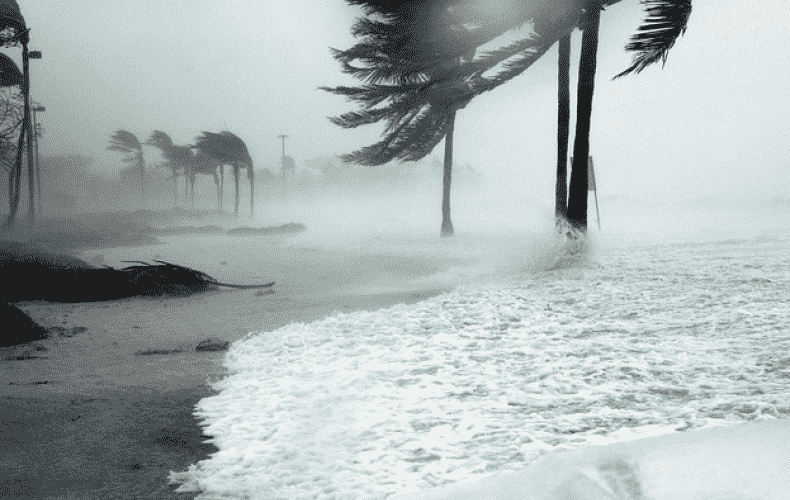 Near the coast of Nicaragua, hurricane "Julia" has developed into a hurricane. The U.S. Hurricane Center NHC upgraded "Julia" to a hurricane of the lowest level 1 (out of 5) on Saturday (local time), as the storm center passed close to the Caribbean island of San AndrÃ©s, which belongs to Colombia.

Sustained winds of up to 120 kilometers per hour were measured, according to the NHC.

"Julia" is expected to make landfall in Nicaragua during the night (local time) and then lose some strength, but still reach the Pacific coast of the Central American country as a tropical storm, it said.

The NHC warned of heavy rainfall that could trigger life-threatening flash floods and landslides in Nicaragua, the Colombian islands of San AndrÃ©s and Providencia, and the rest of Central America and southern Mexico in the coming days.

A storm surge is likely to raise water levels off Nicaragua to as much as 1.8 meters above normal, he said.

Hurricane season in the Atlantic lasts from June to November. In recent weeks, two powerful hurricanes, "Fiona" and "Ian," caused widespread destruction in parts of the Caribbean and North America.

Tropical cyclones form over warm ocean waters. Climate change is not increasing their number, but it is increasing the probability of strong storms.