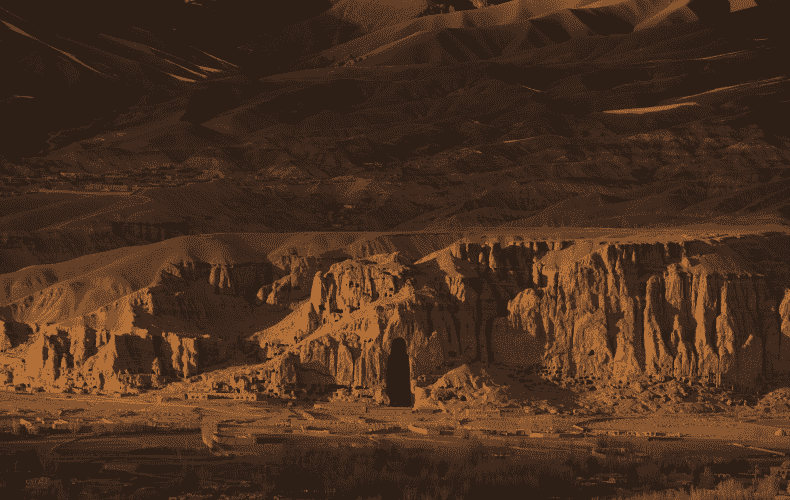 The promising, threatening and haggling have begun. Americans and Europeans have packed their weapons and left, and now ministers and diplomats from neighboring countries are scrambling to expand their influence in Afghanistan. America's Secretary of State Antony Blinken is using his inaugural visit to New Delhi to counter Beijing's advance there. With Afghanistan in India's west and Myanmar in its east, there are currently two major unknowns on the Indian Ocean that could be interesting partners in geoeconomic terms.

Afghanistan is feared as the world's largest opium producer. The business with an estimated 600 tons of heroin contributes about 11 percent to economic output - the Taliban also finance themselves from it. Most conflicts in Afghanistan revolve around land ownership and water, according to the United Nations. Under the ground, however, precious metals, uranium, gas and oil are stored for at least $3 trillion. China is mining copper and extracting oil in Afghanistan. A road through the Pamir Mountains is to secure the transport.

Beijing is ahead in the struggle for influence. China established its relations with the Taliban as early as the 1990s. Now it is urging its dependent partner, Pakistan, to work together to bring peace and order to Afghanistan. It is also doing so because it is stabilizing Pakistan with billions of dollars as part of the New Silk Road (BRI). After a conference with his Afghan and Pakistani counterparts, Foreign Minister Wang Yi just promised to extend BRI to Afghanistan in the future. Beijing would like to link the country to the China-Pakistan Economic Corridor (CPEC), which it is pulling up with more than $50 billion.

The American withdrawal from Afghanistan holds the chance for "the people there to really take control of their own destiny," Wang said. They know each other: in the summer of 2019, the Taliban's deputy leader, Mullah Abdul Ghani Baradar, had visited Beijing. The group just described China as a "friendly country that we welcome for Afghanistan's reconstruction and development." Investors are not at risk, he said. "In private, Chinese leaders cannot be unhappy about the retreat of a defeated America. It opens more space for China's expansionism," says Indian geostrategist Brahma Chellaney.

Beijing is not bothered by contradictions. It is fighting Islam with great brutality in its province of Xinjiang. At the same time, its engineers and workers in Pakistan are the victims of attacks by the Islamic Balochistan Liberation Army and the militias of the Tehreek-i-Taliban Pakistan (TTP). But there is no way around the Taliban; the pragmatists in Beijing consider them the lesser evil. China needs them and the Pakistani army to keep Muslim resistance to its influence in check.

Beijing's expansionism in the vacuum left by the West in Afghanistan is being watched very closely in New Delhi. India's Foreign Minister Subrahmanyam Jaishankar has been burning off a veritable fireworks display of diplomacy in recent weeks to keep Afghanistan from sliding further into China's sphere of influence. He knows full well that India's west of the government, weakened by economic challenges and the Corona disaster, is in danger of slipping away in the strategic chess game. Yet the Indians have contributed more than $1 billion to stabilize Afghanistan since the Americans intervened in 2001. Under the India-Afghanistan Partnership Agreement, they also provided some $3 billion in development aid, donated buses and built roads, dams, schools, hospitals and the parliament in Kabul. At the 2020 Afghanistan Conference in Geneva, Jaishankar spoke of "more than 400 projects by India in all 34 provinces of Afghanistan."

Admittedly, this democratic construction only went as long as America kept the Taliban in check. New Delhi accuses the Islamists of supporting the Pakistanis in the fight for Kashmir. Only in June did they formally establish contact with them. Afghanistan should also begin trilateral talks with its large neighbors Iran and India. For India, the issue is a difficult balance of power with Beijing: Together, they could try to accept the Taliban in large parts of Afghanistan, but stop their influence at the country's borders. Whether India's great rival China is interested in this, however, in view of its own plans in Afghanistan, is an open question. This is another reason why the Indians are in close contact with their partners in Moscow, Tehran and Washington.

And the surrounding countries of Central Asia are now positioning themselves as well. Uzbekistan's President Shavkat Mirziyoyev wants to link his country more closely with South Asia. He is looking to link up with the Indian-sponsored port of Chabahar in Iran. He also just signed a transit agreement with Pakistan, giving his country access to the China-sponsored port of Gwadar. Uzbekistan's ambassador to India, Dilshod Akhotov, perhaps most aptly describes the view of the neighbors: "Afghanistan is not only a neighbor but part of our region. Currently, some see it as a source of problems and threats, but it is also a source of opportunities." Ultimately, for all states in the region, the opportunity is also defined by access to the sea. "Through our southern neighbors, we want to reach the open sea. The closest route from here is to the Indian Ocean," Akhotov says.