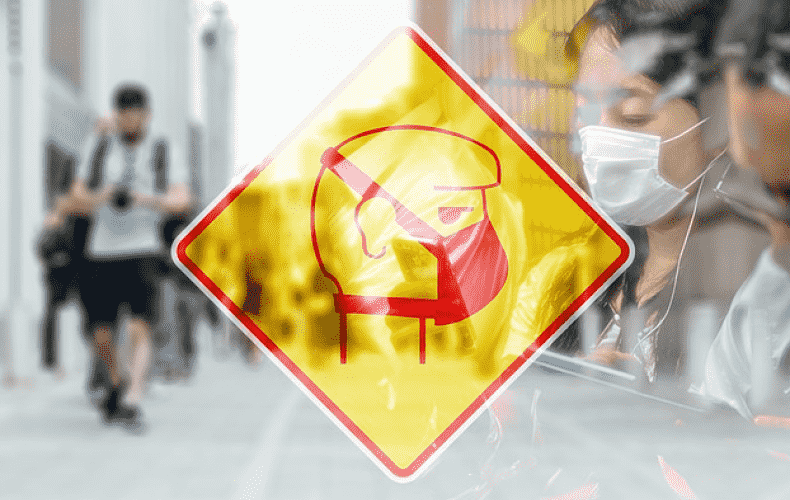 For many months, it was something of an evening ritual in this country for the daily Corona figures to be recited on the news. Although the summer wave has the country firmly in its grip, hardly anyone is currently interested in the number of positive tests (on July 19, there were more than 160,000 new infections, according to the Robert Koch Institute) - the Ukraine conflict, the gas crisis or the heat wave seem more important. It's quite different in China: there, the 7 p.m. news still presents the latest Covid figures every day anew, even though they are usually only in the three-digit range. Last week, 390 new infections were counted on average every day, slightly more than the 340 in the previous week, but still quite few from a German perspective. On Monday (July 18), the number climbed to 699.

The fact that this slight increase is causing concern in China is primarily due to the zero-Covid policy to which the country is still ironclad. Omicron variant BA.5 has long been on the rise, but policymakers are using the same pandemic-fighting toolbox as they have for the past two and a half years. Every outbreak, no matter how small, must be suppressed, every infection with the coronavirus must be tracked.

What this looks like in practice was recently seen in the city of Wugang in the central Chinese province of Henan: The city's 320,000 inhabitants were only allowed to leave their homes for several days in "urgent cases" after a single Corona infection was detected. This is not an isolated case: the city of Zhumadian recently reacted in a similarly drastic manner to two positive Corona tests. Around 1.5 million people live in the city, which is located southeast of Wugang.

Dozens of cities in China are currently under a lockdown, with Japan's Nomura Bank estimating Monday that some 264 million people in 41 Chinese cities were under some form of Corona protection measures - about 20 million more people than the previous week and more than twice as many as in early July. Most recently, the more rural provinces of Gansu in the country's northwest and Guangxi, on the border with Vietnam, have been infection hotspots. In particular, a Corona outbreak in Guangxi recently made headlines in China because 2,000 tourists were stranded in the coastal city of Beihai there after more than 450 people tested positive within five days.

Shanghai, the country's most economically important city, is also still registering new Corona infections. There were 23 new cases on Monday, and an average of 50 a day last week. From late March to early May, large parts of the city were under a strict lockdown, with gross domestic product in the port city plummeting 14 percent. For many of the city's nearly 25 million residents, the renewed Corona cases mean the big testing is starting up again. Since Tuesday, residents of nine city districts have had to get tested twice within three days.

China's many lockdowns have long been reflected negatively in the country's economic figures. On Friday, the Beijing Bureau of Statistics reported that economic growth in the People's Republic increased by only 0.4 percent in the second quarter; in the first quarter, the Chinese economy had grown by 4.8 percent. This results in an overall growth rate of 2.5 percent for the first half of 2022. In March, Beijing had issued a growth target of 5.5 percent for the current year, which, however, will hardly be met.

On paper, however, there could be a five before the decimal point at the end of the year when the economic data for 2022 are published - after all, China's head of state and party leader Xi Jinping wants to be elected to a historic third term in office in the fall. Even though there is currently little to suggest that the Communist Party will withdraw its allegiance to him, Xi is likely to ensure that his uncompromising Corona policy is not seen as a threat to China's economy.

And so the country's state media are turning the zero-Covid strategy into a success story: While inflation is rising in the U.S. and Europe and thousands of people are still dying from Corona every day, China not only has the pandemic under control, it says, but also its economy. A growth rate of 2.5 percent in the first half of the year is not so bad, the Xinhua news agency recently wrote, quoting unnamed "economists and observers around the world" as saying that "China remains one of the world's most reliable growth engines with its solid economic foundation and resilience. The numbers, however, speak a different language.